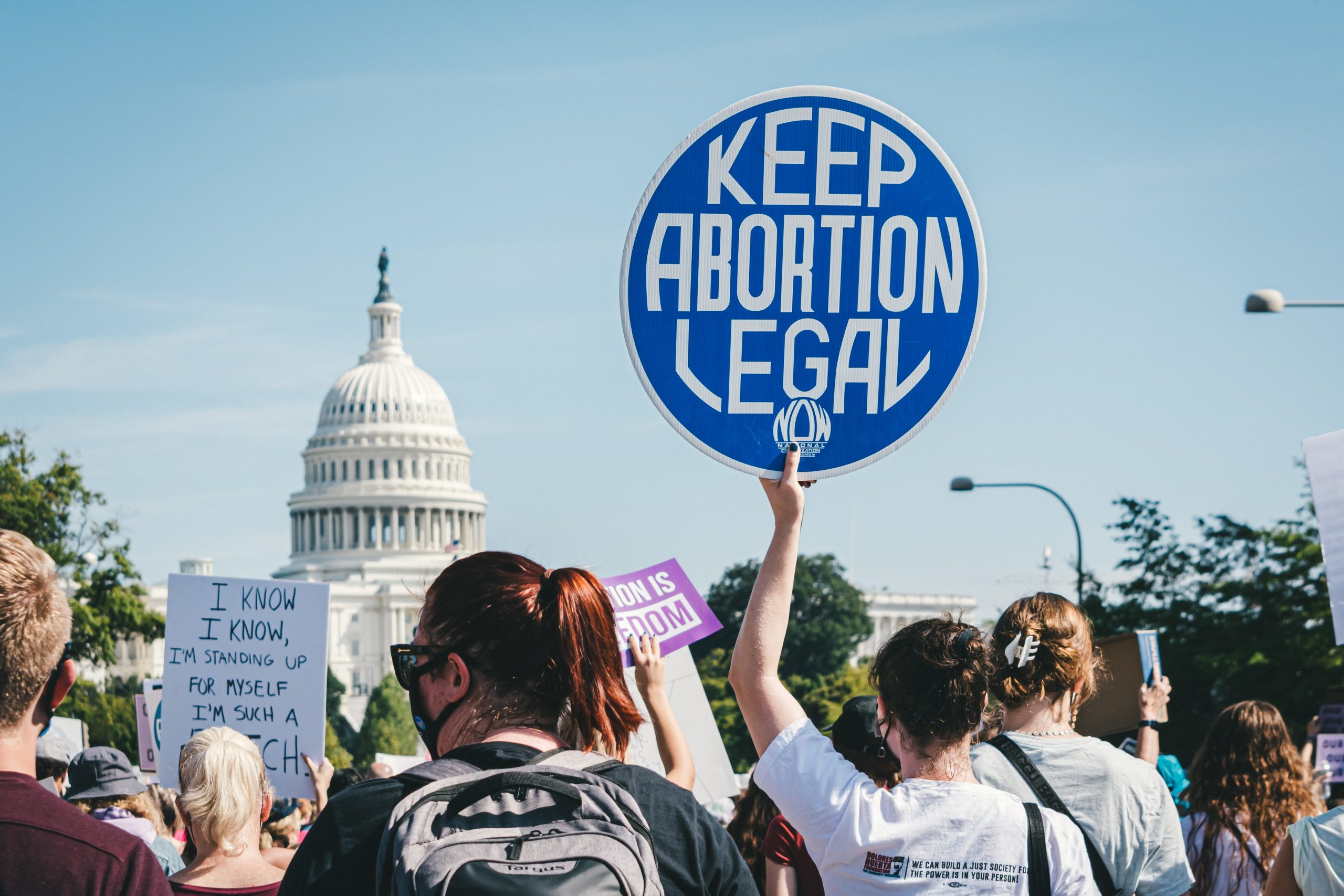 Words change how we perceive the world, ourselves and the moral decisions we make. Words build empathy, create communities and catalyse global social movements. This can be empowering – such as the reclaiming of the word “queer” by the LGBTQ+ community for example – but it can also be incredibly dangerous.

This has never been more true in the context of the overturning of Roe vs Wade – which on Friday 24th June 2022 saw the end of American women and non-binary people’s right to terminate a pregnancy.

In January 1973, the US Supreme Court declared American women had the right to choose to have an abortion during the Roe vs Wade. In an attempt to counter the ruling, anti-abortion groups started to mobilise. The movements’ leaders choose to name themselves the “pro-life” movement to “put forward a positive image”.

“The success of the label is largely due to its ability to frame the issue not as standing against something (a woman’s choice) but in favor of it (life).”

A brief history of a marketing masterpiece: branding the anti-abortion movement “pro-life”, Quartz

The use of the term “pro-life”, namely by the Republican party, within this context is an intentionally misleading political tool, as it taps into emotive issues that broader than issue it campaigning about.

If this movement was truly “pro-life” then politically it would campaign as aggressively to eliminate the death penalty, to control access to firearms and to support families and immigrants economically – all of which are “life” issues. However, this is not the case, it is focused on a specific belief that an abortion amounts to taking the life of an unborn child.

“Anti-abortion” campaigners choose to ignore the fact that pregnancy is a major cause of death and that this ruling ​​disproportionately affects people of colour, people with disabilities and those from lower socioeconomic backgrounds.

Here are some truly terrifying stats:

Wherever possible media outlets, companies, charities, journalists, activists, and influencers must stop using “pro-life”, as it continues to perpetuate a harmful and dangerous narrative.

We need to strip away this sugar coated marketing strategy and expose its ugly reality: that more women will die; that women’s rights are under attack; that choices are still being made on behalf of minioritized communities, without their consultation; that more children will be born into families that cannot support them due to eroding state support; that more women will be trapped in abusive relationships; that the reproductive nightmare that women of colour have faced for decades will only get worse; that the patriarchy is alive and thriving.

Instead, call it what it is: “anti-abortion”.