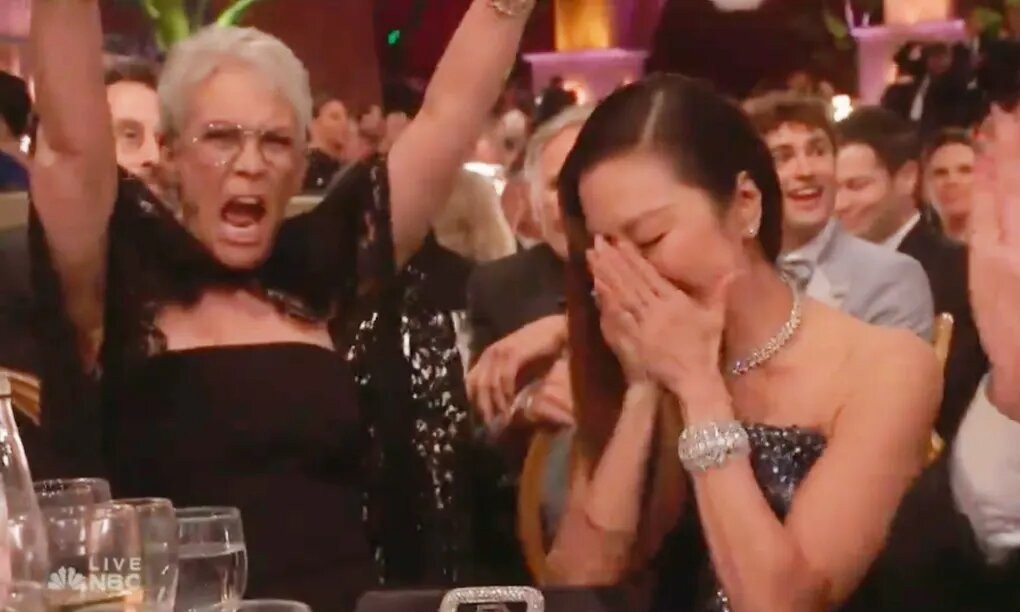 From the acceptance speeches and red-carpet interviews to the types of stories being told and the people telling them, last week my feed was full of positive stories from the 80th Golden Globes highlighting a whole host of equality, diversity and inclusion topics.

There is a lot to celebrate. But it’s important to remember that the Golden Globes was not televised last year following a series of serious allegations of racism, corruption, and sexual assault.

One year on and some improvements have been made with the Hollywood Foreign Press Association, the committee responsible for selecting the Golden Globe nominations, making efforts to improve board and voter diversity.

I believe we should celebrate the positive and shine a light on best practices as and when they happen, but we also need to hold space for constructive criticism. These two things CAN and MUST co-exist at the same time. This is the only way that progress can be made.

So below is my rundown of “What Went Well” at the 80th Golden Globes and my “Even Better Ifs”.

Historically, Hollywood has produced films centred around the white experience, that were made for a prominently white audience. When these films did feature Black, Asian or Minorities people, they would often perpetuate racist and harmful stereotypes.

This is a direct result of “white supremacy”, which is a racist belief system that promotes the idea that white people are inherently superior. It has created a political and socio-economic system where white people enjoy structural advantages and rights that other racial and ethnic groups do not.

The storytelling produced by the entertainment industry needs to not only reflect the diversity of its audience but also needs to actively deconstruct the racist barriers it has been helped to form and uphold. It has to use its global platform to clearly demonstrate that historically marginalised voices and stories matter.

One way of doing this is to provide opportunities across the entertainment industry and to recognise and celebrate storytelling excellence, eg be recognised for their standout performances and contributions by the Golden Globes.

Below are just a few highlights:

Many of the people listed above used their speeches to highlight Hollywood’s historic racism and the lack of opportunity for people who are not white.

Jamie Lee Curtis’s response to Michelle Yeoh winning best actress for her role in “Everything, Everywhere All At Once” was timeless and will forever be immortalised as this image.

In an industry where the media pits women against each other as competition, we need more moments of joy, friendship and support like this.

As Debbie Wosskow, entrepreneur, investor and co-founder of AllBright put it:

Hollywood is a very ageist place, particularly towards women.

This means important stories and incredible performances have been lost, while also perpetuating unachievable beauty standards that shame women for ageing.

But this year, women aged 40+ absolutely smashed it! In fact, three women over 60 won a Golden Globe this year!

A special shout out to:

Non-binary and trans representation and a masterclass in allyship

Emma Darcy (they/them), who was nominated for best support actress for their role in House of the Dragon, arrived at the Golden Globes as their true authentic self and used their platform to raise awareness for non-binary and trans people across the globe, wearing an outfit that they described “like a child piano prodigy and maybe the recital’s not gone well.”

What a legend. Thank you for being unashamedly you.

Television mega-producer Ryan Murphy, who accepted the Carol Burnett Award, dedicated much of his acceptance speech to LGBTQ actors in the audience. Murphy, who is gay, has spent much of his career spotlighting LGBTQIA+ stories.

At the award ceremony, he asked the audience to give a standing ovation to “Pose” star Michaela Jaé Rodriguez who last year became the first transgender actor to win a Golden Globe. Rodriguez didn’t receive the public recognition she deserved due to the cancellation of the award ceremony in 2022.

This is what white, male allyship looks like. This was a master class in how to use your platform and privilege to spotlight others with grace.

Other than Murphy, of the five queer people that were nominated for a Golden Globes this year, none won their category, according to Write Through The Night.

Class, nepotism and “eat the rich”

There are lots of barriers to entry to the entertainment industry and one that often gets forgotten is class and socioeconomic background.

Acting is a very unpredictable job, usually requiring training from prestigious (and expensive) drama schools and an extensive network of connections. Just read Vultures recent piece on “Nepo babies” to get a taste of what the industry is like.

But actor Barry Keoghan, who switched between several foster homes as a child and recalls not having enough money to get the bus to attend a film audition, was nominated for a Golden Globe for his supporting role in The Banshees of Inisherin. He is a true creative talent and is an example that “a complicated start in life never has to hold you back”, according to Jordan Schwarzenberger, co-founder of Arcade Media.

Other nominated films, like “Glass Onion” and “Triangles of Sadness” also touch on themes of class and privilege. Both portray the evils of excessive wealth and fall into the increasingly popular theme of “eat the rich”.

Several of the critically acclaimed films that made it to the Golden Globes shortlist – including The Bear, The Whale and The Banshees of Inisherin – touched on the topic of men’s mental health.

The plots explored the impact of a lack of vulnerability, feelings of isolation, self-harm, suicide and depression – much of which stems from toxic masculinity and the patriarchy.

Colin Farrell’s, who won best actor in a Motion Picture Drama for his role in The Banshees of Inisherin, speech was heralded by viewers as a rejection of toxic masculinity.

It is important to note that four of the five directors nominated for Golden Globes, were white men – James Cameron “Avatar: The Way of the Water”, Baz Luhrmann “Elvis”, Martin McDonagh “The Banshees of Inisherin”, and Steven Spielberg “The Fablemans”.

The fifth nomination went to the director duo who brought us “Everything Everywhere All At Once”, Daniel Scheinert (a white man) and Daniel Kwan (an Asian man).

Directors hold huge amounts of power and although they may work in a team of producers, writers, costume and set designers, and animators, they still usually have the final say.

Many thought that critically acclaimed female directors such as Sarah Polley “Women Talking”, Gina Prince-Bythewood “The Woman King”, Chinonye Chukwu “Till” and Maria Schrader “She Said” could have made it onto the list. Check out the Women in Film campaign for more on this.

Best Screenplay nominations consisted of a similar group as Best Director with the exception of Sarah Polley for “Women Talking”. Meanwhile, nominations for Best Score consisted of four white men and one white woman.

So although things may have improved in front of the camera, the same can’t be said for behind it. Next year, I hope to see more women, non-binary and non-white people being recognised for their contributions in these crucial areas.